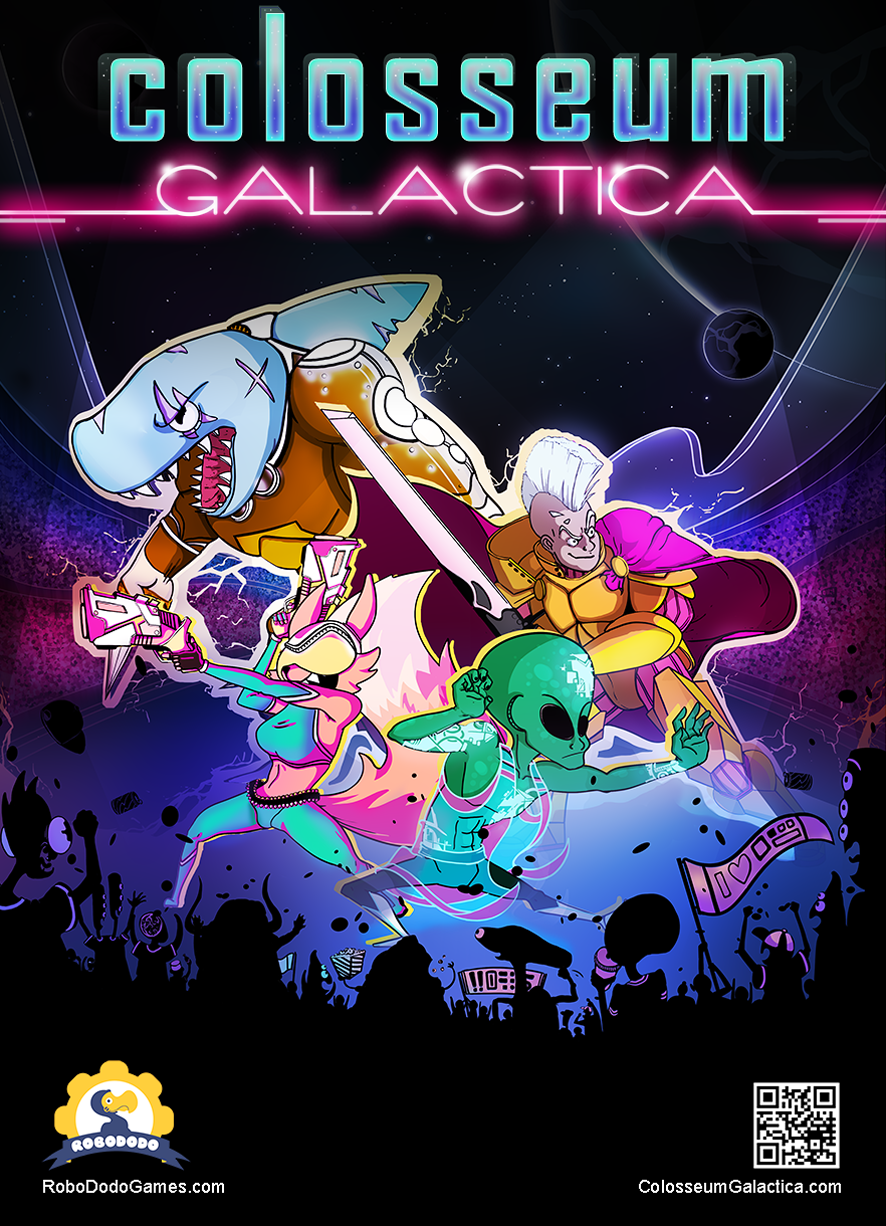 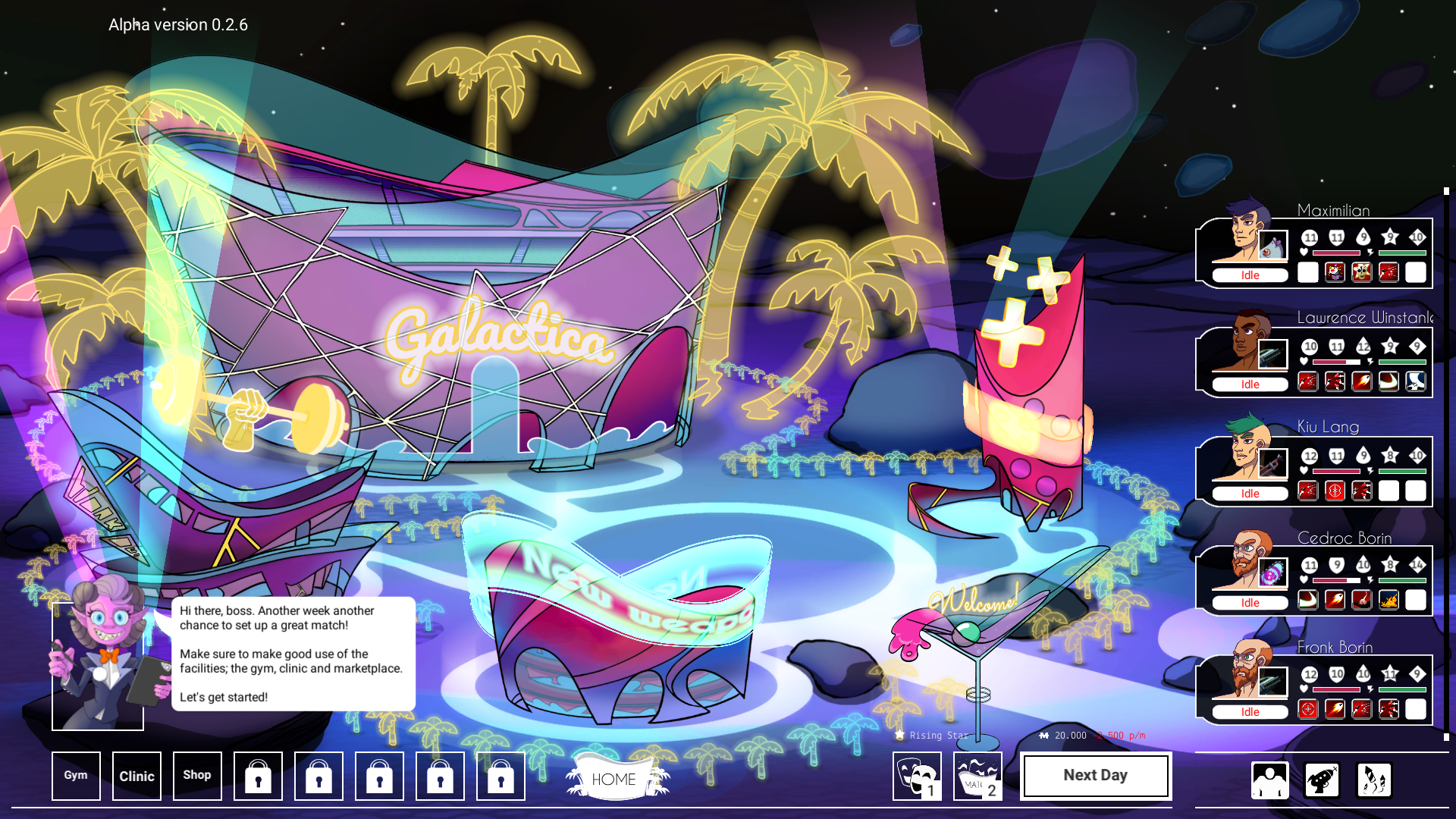 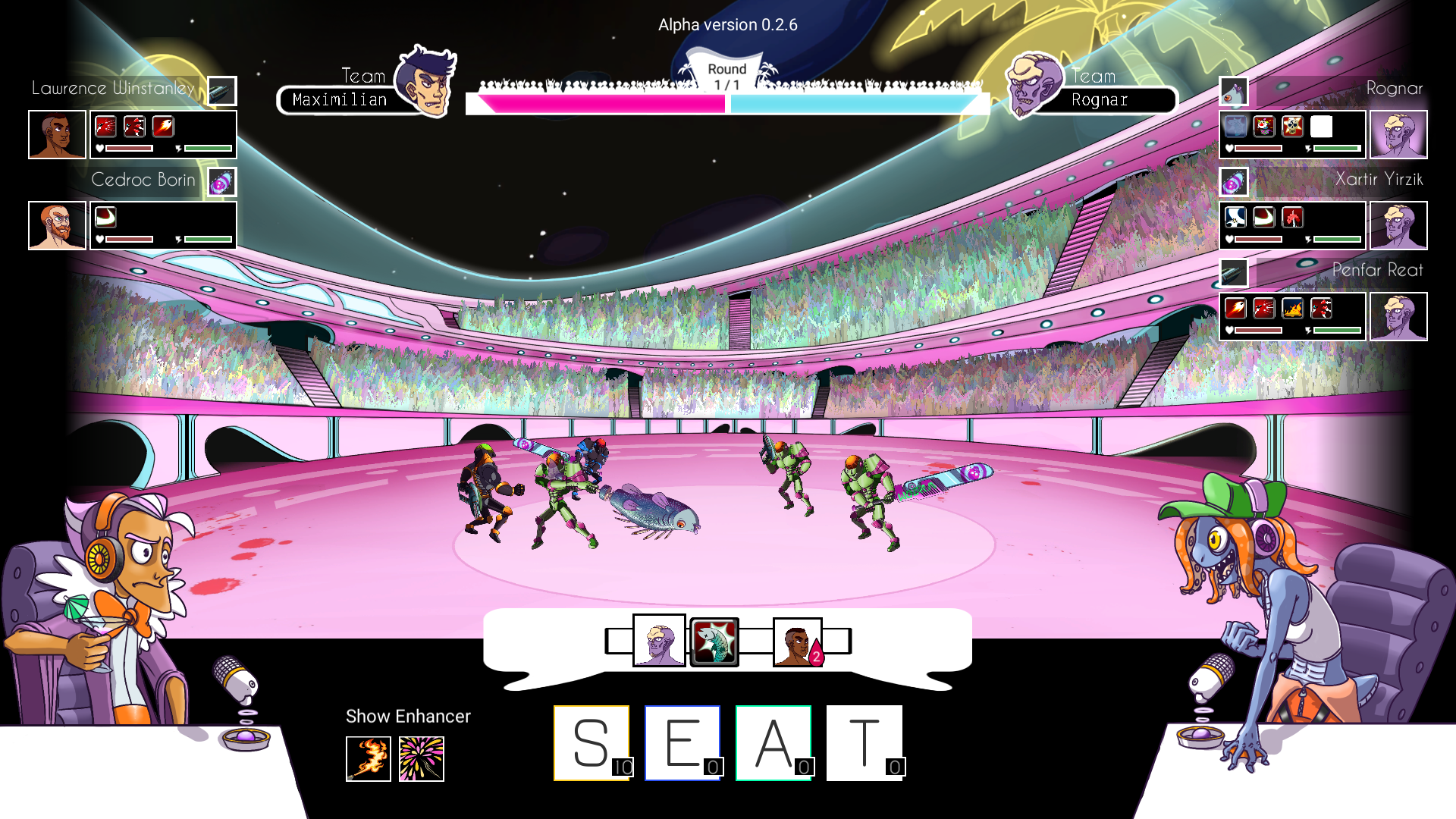 The player plays the role of the manager of a space colosseum. The goal is to entertain the audience by showing them engaging matches. By achieving success the player is able to expand the colosseum and create more extravagant fights.

The gladiators who are put in a match fight automatically. Based on what happens and how the audience react the player will have to change the flow of the match and/or the gladiator setup.

As the lead developer of the project I was responsible for establishing the backbone and the major systems.  Because the game design was often in flux I chose a structure which centralized the control of the game to a main controller and sub controllers. This structure made it possible to add or remove feature with little effort.

At a certain point in the development the team got expanded with three new developers. Based on the strength and weakens of each developer I had to decided which tasks would most fit the the developer’s skill set and the development schedule.

Engine: Unity
Position: Lead Developer for RoboDodo
Platform: PC
Years of involvement: 2017 – 2018
Contribution: Created the framework of the game and most of the major systems. I was also the lead developer and had to directed 3 developers of different experience levels.